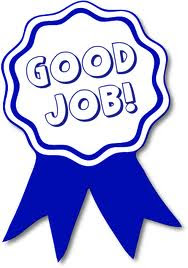 Although Alex has generally been obedient, at times we have needed to discipline him to make him compliant to rules, usually those involving safety, such as staying out of the street or not touching hot appliances. One of the methods we used when he was younger was Thomas Phelan’s 1-2-3 Magic, which is based on giving two warnings for misbehavior before giving a time out. Because Alex has always liked numbers, he enjoyed the counting aspect of the system. However, like most kids, he would often test the limits by earning both of the warnings, but he was usually smart enough to stop before he reached the third and final count, which meant a time out.

When Alex was in his early teens, we had to re-evaluate disciplinary methods because threats and punishment created anxiety, which led to meltdowns. Since he lacks some social skills, the typical teen punishments of grounding from being with friends and losing phone privileges meant nothing to him. Instead, we would tell him that he might not be able to go places he enjoyed, such as the post office, Walmart, or restaurants. In addition, we would threaten to take away his favorite electronic gadgets, such as his graphing calculator, or take away his computer privileges. While this worked for a while because we always followed through on our threats, Alex became more agitated over time at the thought of not being able to do what he wanted and became aggressive, throwing things, screaming, and hitting us. These fits were not to gain attention or to get his way; he was genuinely panicked about having his routine changed. Moreover, time outs in his room became impossible because he would hurl things at the walls, and we were afraid he’d knock holes in the walls or break windows. His punishments required constant supervision, yet he was likely to turn on us and physically attack us. Therefore, we needed to rethink our methods to get him to comply with what we wanted him to do, yet prevent him from developing destructive anxiety over following rules.

During the adolescent years, we switched to a reward-based, rather than punishment-based, disciplinary routine with Alex. Because we didn’t want to reward him for every single thing he did, we started a weekly reward plan we called Saturday surprises. If his behavior strayed from what we expected of him, one of us simply needed to say “Saturday surprise” to remind him to behave, and he would usually comply. Since Alex has always been interested in calendars, he knew how many days he had before he would get the Saturday surprise reward. The only problem with this system was that it worked so well, we had trouble coming up with different ideas for rewards after he’d earned so many. The Saturday surprises were inexpensive items we knew he would like, such as paperback books, bargain software for his computer we’d find for less than five dollars at the home improvement store Menard's, magazines, Matchbox toy cars, etc. Basically they were stocking stuffer types of items—small, inexpensive, and entertaining. After seeing how well the Saturday surprise system worked, we kept a secret stash of rewards on hand at all times, especially whenever we’d see small items we thought he would like, so that we were always prepared to give him his weekly reward on Saturday mornings. When the novelty started wearing off of the Saturday surprises after many months, we decided to take the pressure off ourselves to seek rewards and decided to put him on an allowance system instead. Like the Saturday surprises, Alex had to earn his allowance through good behavior and cooperation, but it was much easier to hand him cash, and by that point, he was happier to receive cash than a token gift. Moreover, the allowance system taught him the value of saving money because he learned to put money aside for several weeks so that he could buy rewards of his own choosing. Of course, Ed and I reaped the ultimate reward through this system: Alex’s good behavior was worth every penny we spent on Saturday surprises and allowance, and we were thankful that he made the effort to be good. Over time, we were able to phase out the rewards, and he maintains good behavior without any external rewards, which is yet another improvement in him we feel blessed to enjoy.

“Day by day the Lord takes care of the innocent, and they will receive a reward that lasts forever.” Psalm 37:18
Posted by Pam Byrne at Wednesday, March 16, 2011