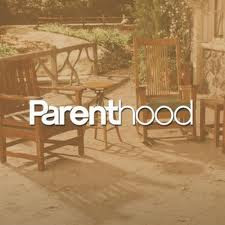 This week’s episode of the television series Parenthood, “Qualities and Difficulties,” raised some interesting questions regarding how to handle a child with autism. On the show, Max, the son of Adam and Kristina, has recently been diagnosed with the autism spectrum disorder Asperger’s syndrome and has been involved with special training to improve his social skills. In a heated argument with his brother, Adam blurts out in exasperation that Max has autism, which Max overhears and begins questioning. Trying their best to explain to Max what autism is, they use the words disability and tough, and Kristina begins to cry when Max asked if either of them has Asperger’s, and they must tell him that he’s the only one in the family with this condition. Later, when talking to a therapist about the situation, he criticizes the way they handled themselves, saying that they shouldn’t have used negative words or revealed that they were upset; instead, they should help Max focus on the positive aspects. In addition, he gives them a script to use in how to explain Asperger’s to Max so that he can understand it, yet not feel bad about having it.

With Alex, we have been fairly candid about autism and have talked about it rather honestly with him. Just as parents who adopt children are advised to speak openly about the adoption from the time the children are little so that they don’t feel that secrets are kept from them when they find out someday, we felt Alex should know that he has autism and have tried to explain what it means so that he can understand it better. Knowing that his overhearing conversations about autism—especially since he has such acute hearing—was quite likely, we’ve never kept it a secret from him. Moreover, if someone other than us raised the issue of his having autism, we wanted him to feel comfortable with the idea, just as if someone commented that he has brown eyes. While we have emphasized his strengths, telling him how smart and pleasant he is and praising his strengths in memorizing, math, and computers, we have also explained that language and fine motor skills do not come as easily for him as they do for other people, and we understand that he sometimes feels frustrated when he has to work harder to accomplish certain tasks. We have used what the therapist in Parenthood would deem negative words, such as tough and difficult, because they accurately describe some aspects of life. However, we have also shown Alex that everyone has certain challenges that may require help. For example, I can’t see anything without glasses or contact lenses and need a calculator to solve tough problems because math doesn’t come easily, unlike Alex who has perfect vision and can rapidly solve math problems in his head. We have never wanted Alex to see himself as a victim; therefore, talking about autism as naturally as we talk about the weather has made the situation ordinary and something I don’t think he gives much thought, accepting life as it is, but striving to be the best he can because that’s what we have emphasized to him.

In that same episode of Parenthood, the father later decides to take Max to an amusement park, even though it’s a school day. Of course, with Max’s need to follow routines, he resists the suggestion at first, but his dad convinces him to go by telling him that they can ride a favorite roller coaster all day. Unfortunately, when they start to ride the roller coaster, they are told that the ride is broken and will be unavailable all day because it must be repaired. This sudden change of plans sends Max into a meltdown, disappointed that his plans have been ruined, and he keeps yelling, “It’s not fair!” Naturally, his dad feels responsible that Max is upset due to circumstances beyond his control. The other day we took Alex to Walmart, which he regards with the same enthusiasm most kids do about amusement parks. Happily pushing the cart and helping with the grocery shopping, Alex traveled through the store with a big smile on his face. When we got to the checkout line, the woman in front of us was having problems using her credit card. After much discussion with the Walmart clerk and later a store manager, they finally had to void most of her purchases and leave a cart of merchandise sitting there. Through all of this delay, Ed and I kept watching Alex nervously, wondering if this unforeseen set of problems might upset him and debating if moving to another line might be faster. Fortunately, Alex remained patient and never complained about how long we had to wait. When we got back to the car, Ed commented that he was waiting for a roller coaster meltdown, referring to the Parenthood episode we’d both seen the previous night. Although having to wait wasn’t fair, Alex was able to remain calm and pleasant, and we felt thankful that he seems to be learning how to deal with unplanned delays, a sign that he is not only maturing but also overcoming one of autism’s obstacles. Since life, indeed, isn’t always fair, we’ve tried to be honest with Alex and help him learn to deal with the unexpected, which the three of us have learned together along this autism journey, strengthened by our faith.