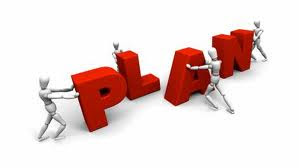 Spontaneity doesn’t suit me well; I’m someone who needs to plan things far in advance. Fortunately, my organizational skills often help make things in Alex’s life run smoothly. He, however, probably has no idea how much planning went into activities and events because we usually don’t tell him what we’re going to do until a few minutes before we are walking out the door. As Ed and I have commented, we share information with Alex on a “need-to-know basis,” and since Alex usually doesn’t need to know, we don’t reveal our plans until just before they are about to unfold. This saves Alex from being disappointed if something derails the plans, and this also keeps us from having to field repeated questions from him about when we’re going. While this practice is probably a bit deceptive, it has served us nicely.

One area that requires advance planning on my part is going to new restaurants, which is something Alex really likes. Although his behavior prevented him from going to restaurants for a few years, he has regained dining-out privileges the past year or so because of improvements in his social skills (i.e. not making strange noises nor imitating people’s voices, etc.). Because of his restrictive gluten-free and casein-free diet, he can’t just order anything he wants off the menu. Thankfully, many restaurants not only post their menus online but also nutritional information with allergen contents. By scanning through this information, I can figure out ahead of time what Alex can eat at the restaurant before we ever leave the house. Last week, we decided to try a new local restaurant, and, of course, I scoured their online menu to see what Alex could order. Discovering that they could make any of their sandwiches on gluten-free bread was a nice surprise because that opened several possibilities for him. Knowing that too many choices overwhelm him, I suggested three main courses I thought he might like while we were on our way there. Although he is generally fairly decisive when it comes to food, he told us that he wanted to “wait and see,” when he got to the restaurant. Once he perused the menu himself and saw the items I had mentioned previously, he was able to choose. Apparently, he made a good decision because he ate every bite of his gluten-free and dairy-free grilled chicken sandwich, even though he did insist on eating it with a fork after cutting it into bite-sized pieces. Since he rarely eats sandwiches and doesn’t like getting his hands messy, this seemed like a reasonable solution.

Last week, my aunt and uncle and two cousins were in town staying at my parents’ house for a visit. Although Alex eagerly anticipates annual visits with his great aunt and uncle, we never tell him when they are coming. Because bad weather or illness could affect their travel plans, I avoid dealing with Alex’s disappointment by not even mentioning their proposed arrival dates until they are actually here. After we worked out a good time for Alex to see them, we simply told him that we were going to my parents’ house. I did tell him, though, that there was a surprise and asked if he wanted to know before we left home or wait until we got there. He thought for a minute and decided that he’d like to wait and be surprised. (Clearly, he doesn’t get this from me because I’d rather know in advance what’s going to happen.) Also, I think he’s showing a break from routines in that he’s willing to be open to new things without knowing what’s in store. Maybe all the secret planning Ed and I do ahead of time, whispering out of Alex’s earshot in other rooms, has made Alex flexible about doing things on the spur of the moment. Since he usually enjoys what he perceives as last-minute outings, he probably has learned to trust that our plans for him are good. Whenever he enjoys himself, whether eating at a new restaurant or visiting with favorite relatives, Alex’s joy in special activities makes all of our advance planning worthwhile.

“My child, don’t lose sight of good planning and insight. Hang on to them, for they fill you with life and bring you honor and respect.” Proverbs 3:21-22
Posted by Pam Byrne at Wednesday, March 09, 2011

Thank you so much for your blog. I always know that I'm going to start each Wednesday and Sunday with a smile and a sense of joy.

I'm smart enough to know that Alex is smarter than I am!

Thanks so much for your sweet comment, your support, and, of course, your friendship. Your encouragement means so much! :)