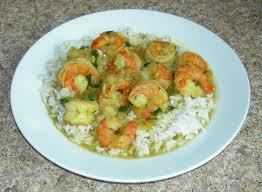 On rare occasions, I’m not home to eat dinner with Ed and Alex because I have a meeting at school. Even more rarely, I have dinner at a restaurant with several of my friends, most of whom are retired teachers. My absence from our family dinner table sets up an honored tradition known in our house as “Boys’ Dinner,” something Alex eagerly anticipates. Ed probably looks forward to these evenings, as well, but he has enough social grace not to show his delight the way Alex does when I leave the house prior to Boys’ Dinner night. Alex practically shoves me out the door so that Boys’ Dinner night can begin; Ed just tells me a little too eagerly to have fun. While a change in routine might bother some kids with autism, Alex doesn’t seem fazed at all by our dinner routine being altered. I suppose as long as he knows that he’s going to eat, he probably doesn’t care who his dinner companions are.

Last week, Ed and Alex held one of their celebrated Boys’ Dinners while I went out to dinner with some of my friends. I suspect a big part of the enthusiasm about Boys’ Dinner lies in that they make and eat foods that I don’t. Specifically, my guys love seafood, which I detest, so seafood is usually on the Boys’ Dinner menu, especially shrimp, which is Alex’s favorite food. Another favorite meal for the boys is something Ed has dubbed “Frank Beanwiches,” which consists of hot dogs cut up in baked beans, or what I call “Cowboy Dinner.” The other night, they opted for brats and sauerkraut, another meal they love, but I despise. While I think it’s nice that they enjoy cooking and eating a meal together, their choice of pungent foods, such as shrimp or sauerkraut, leaves such a nasty smell behind in the kitchen that I feel as though I were present for the meal anyway. I might add that I’m always impressed that Ed cooks a special meal for Alex himself. When Ed has a meeting or business dinner that prevents him from eating with Alex and me, I usually make a fast food run, happy to have an excuse not to cook.

Part of the novelty of Boys’ Dinner—aside from my absence—lies in the preparation of the meal, which Ed and Alex share. Recently, Ed has been very good to include Alex in cooking, patiently teaching him various steps of the process. Perhaps this takes Alex back to his earlier years when he watched the Food Network religiously, referring to all of their chefs on a first-name basis and imitating them in his play kitchen with plastic utensils and food. Taking pride in his culinary accomplishments, Alex happily acts as Ed’s sous chef, doing whatever he asks, including setting the table. In contrast, a few weeks ago, I tried to involve Alex in baking a cake with me, thinking that he’d find that task as enjoyable as cooking with Ed. Despite the allure of using the electric mixer, Alex obviously had no interest in being a pastry chef, or at least baking with me. As he held the mixer with a clearly bored look on his face, I asked him if he was having fun. He told me, “Not really.” When I gave him an opportunity to leave the kitchen, he took off running to watch television instead, thus ending my attempt to do something together and to teach him something new. Fortunately, he’s more cooperative with Ed, and the two of them work together well, whether I’m home or not. One of the last tasks Ed gives Alex when they cook together is to tell me that dinner is ready. Actually, Ed refers to the evening meal as “supper,” which is what he tells Alex to relay to me. However, Alex has apparently learned a thing or two from me because he, like me, refers to the evening meal as “dinner,” telling me, “Dinner’s ready.” What pleases us most, however, is that Alex enjoys interacting with us, whether it be preparing or sharing a meal. Moreover, we are grateful that he actively participates in an everyday activity that brings him joy and makes us proud of his achievements.

I want to come over for Boy's Dinner night sometimes.

Btw, I love taking my boy out to a burger joint when it's just the two of us. He loves it too.

Hi Big Daddy,
I think your son and mine would have a great time together during Boys' Dinner. :) You and Griffin must have a similar relationship to the one Alex and Ed have. On one hand, I sometimes feel jealous of that father-son connection, but on the other hand, I'm delighted that they are so close.
Take care,
Pam