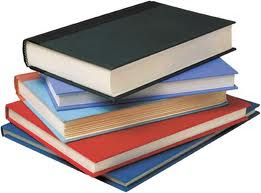 Before Ed and I were married, he proudly claimed that he could fit all of his belongings in his car. Considering that he was driving a Mazda GLC (Great Little Car) at the time, this was quite a feat. Since he had been a graduate student living on a teaching assistant’s meager salary, he didn’t have a lot of worldly goods to his name. Fast forward to the present, about twenty-five years later, and now we couldn’t fit all of the items from a single room of our house in that subcompact car he used to own. While we’re not even close to needing an intervention from the reality show Hoarders, I do admit that I like to keep things and must push myself to get rid of old possessions to make room for new ones. I’m always a little nervous that if I get rid of something, sometime in the future I’ll decide I need, want, or wish I’d kept it. Poor Alex has inherited this need to save things from me; his belongings wouldn’t fit in the Mazda GLC, either.

Most of the items Alex wants to save are paper-related: books, newspapers, and lists he has scrawled in his illegible handwriting or typed so that he can read them. Because Alex likes to sleep with his favorite books, many of them have covers missing along with bent or curled pages. Nonetheless, he never wants to get rid of any of his books, no matter what their condition. Consequently, we have provided him with bookcases so that he can keep his beloved books neatly and safely stored. As for his lists, we have tried various methods through the years to organize his scattered pieces of paper that usually contain dates, statistics, and other numerical values that only seem to make sense to him. Often, he would spread out these lists on the floor, poring over them proudly as he studied the information he valued, such as prime numbers or pi digits. To limit the scattered paper, we encouraged him to type his data on the spreadsheet program of his computer so that he could save this information digitally. A few years ago, when his computer suddenly stopped working, Alex’s primary panic was not the loss of his computer but his potential loss of data, and he moaned that he’d lost all of the lists he’d so carefully typed. Thankfully, the computer only needed a new power switch, and Alex could access his beloved lists within a few days. To help him organize and save all of his lists recorded on typing paper, sheets torn from legal pads, and assorted scraps from notepads, we bought him a cardboard file box in which he could store hundreds of lists. In addition, we later convinced him to write his lists in old-fashioned composition notebooks with marbled covers that securely kept his lists intact, which the legal pads and other notepads did not. These methods allowed Alex to save his lists while keeping our house neater.

Since Alex would probably save everything that he brings into the house and never get rid of anything, we have devised tricks to get rid of items he no longer needs. Of course, if we told him we were giving away or throwing away his stuff, he would likely throw a fit. Instead, we must use a technique of shifting, which allows us to get rid of Alex’s things gradually. For example, for a while Alex wanted a copy of the The Wall Street Journal every Saturday so that he could study stock market trends. Once he had that weekly edition, he would carry it around the house, sleep with it, and generally make it a crumbled mess of shredded paper from handling it so much. However, he was reluctant to part with any of these newspapers and would have been upset had we suggested throwing them away or putting them in the recycle bin. After Alex would go to sleep, Ed or I would grab the oldest editions of the The Wall Street Journal, leaving the newer and less tattered ones where he could find them, and put them in the garage or the basement. We were afraid to get rid of them completely, for fear that Alex would be angry that we had taken his precious belongings, so we put them in a holding place where he wouldn’t see them. Had he asked for a specific one, we could still get it for him. After several weeks passed and we felt certain he no longer missed those papers, then we would hide them in the garbage to get rid of them for good. Similarly, we used the shifting technique with old toys, sending them over to my parents’ house, where the grandkids could play with them there. If Alex showed an interest in playing with his old toys there, we kept them, but if he ignored them, we would give them to Goodwill after we were certain he wouldn’t want them again. Over the years, this shifting method worked very well to help Alex sort through the possessions he thought he needed and wanted to save. Had we allowed him to save everything, we might have been candidates for Hoarders, indeed. While he doesn’t need to limit his possessions to those that would fit in a small car, keeping clutter to a minimum is something Alex will need to learn eventually.

“May Your ways be known throughout the earth, Your saving power among people everywhere.” Psalm 67:2
Posted by Pam Byrne at Wednesday, April 13, 2011

Excellent technique! I'm definitely going to start shifting some things around here. I'm one who would rather toss things than save them; I'm the ONLY one around here who feels that way, though. ;) Shifting seems like the perfect solution/compromise. Yay!!

Hi K.C.,
You probably can pull of the shifting technique on your unsuspecting kids; Trevor may be too shrewd and start hiding all his beloved belongings from you. ;) As always, it's great to hear from you. :)