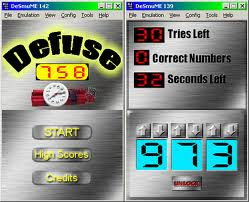 Lately, Alex has been a little edgy, which makes life feel as though we’re walking through a minefield. Springtime frequently seems to make him somewhat irritable. We’ve never been certain as to whether he has environmental allergies in the spring that agitate him, or whether he has had enough of being cooped up inside for the winter, such that his cabin fever makes him more easily upset. In addition, the various activities Ed and I have at the end of our school year may make us more stressed, and I suspect that Alex, who is sensitive to other people’s feelings, picks up on the differences in our moods. Nonetheless, we have been on guard lately for him to launch into anxiety-driven complaint sessions that we have to defuse so that they don’t escalate into full-blown meltdowns.

The other day, Ed stopped by our local cable office on his way to work to pick up a new modem for our Internet service because our old modem, although currently working, is outdated and slow. He had planned to install the new modem when he got home. Unfortunately, without telling us, the cable company decided to cut off our Internet service through the old modem as soon as he picked up the new modem. Shortly after Ed left for work, Alex came whining to me that I needed to fix the computer, and I discovered that neither his laptop nor mine had Internet access. In a panic knowing that Alex would be an unhappy camper without the Internet, I called Ed to tell him what had happened, and we figured out what the cable company had done. Ed promised to come home from work as soon as he could to set up the new modem and restore our home Internet access. In the meantime, I called my mom and shared our dilemma, and she immediately suggested that I bring Alex over to their house, where the Internet was working fine. This solution eased Alex’s anxiety about not being able to Google Jeopardy trivia or to play his favorite You Tube videos. By the time Alex and I got home, Ed already had the new modem hooked up and running smoothly, so we had averted the crisis by defusing Alex’s anxiety over not being able to use his computer access to the Internet.

During the past couple of weeks, Alex has been obsessed about when past obsessions of his went away. He gets himself worked up telling us repeatedly about when he stopped doing certain things, such as using his graphing calculator or playing specific video games. In addition, he makes a point to tell us that he NEVER wants to do those things again. After having gone through this routine several times, I decided that writing down his complaints on a notepad might ease his anxiety, especially since he is a visual, rather than auditory, learner. I thought perhaps if he could see that we took his concerns seriously enough to write them down, and if he could see them written, he might be less upset by these obsessive thoughts. Since then, each time he starts talking about them, Ed or I pull out the notepad and start reading the details to him, which seems to calm him and prevents him from becoming aggressive or really upset. Sometimes he wants to give more precise details to the information already written, so we will add those to the current list. Specifically, Alex’s updated list of concerns includes the following items, to name but a few:

“Starting May 23, 2008—tired of playing Bosconian [video game], had a record score of about 2 ½ million, which took about 5 hours

No graphing calculator since February 2003

August 7, 2008-December 2008—tired of voices [He used to imitate other people’s voices constantly.] all the time—Retired voices January 2009—NEVER AGAIN!”

Although trying to calm Alex’s upset can be emotionally draining, we’re pleased that he seems to respond positively to using the notepad. In addition, his current concern for eliminating past obsessions seems to be a sign of progress that he doesn’t want to obsess over things anymore. Ironically, this new obsession with old obsessions seems to bother him more than the old ones ever did. Nonetheless, we know this phase, as has every other phase he’s gone through in the past, will eventually disappear, and we will feel blessed to have come through yet another stage in his development.

“For the Lord your God is living among you. He is a mighty savior. He will take delight in you with gladness. With His love, he will calm all your fears. He will rejoice over you with joyful songs.” Zephaniah 3:17
Posted by Pam Byrne at Wednesday, April 06, 2011