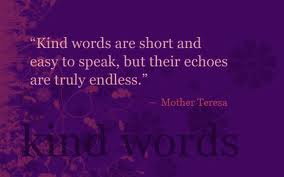 One of Alex’s first evaluations was with an audiologist to test his hearing. Even though we knew that Alex’s hearing was excellent and probably overly sensitive, his pediatrician thought we should have his hearing assessed because of his language delays. Essentially, this evaluation was worthless, as Alex apparently would not cooperate with the audiologist; she would not allow us to be present during the testing. Perhaps she lacked experience with children, especially those on the autism spectrum, but she seemed to lack an understanding of how to deal with Alex. She focused upon issues other than his hearing, which she could not test accurately because he refused to wear the headphones, due to his tactile sensitivity. Instead, she told us that he was “very immature” and had “an odd gait.” Considering he had just turned four, I’m not certain what she was expecting in terms of maturity. Moreover, his odd gait was also related to his tactile defensiveness, as he exhibited the toe walking often common in children with autism. Since she was sending a report to Alex’s pediatrician, she could have mentioned these observations to him and allowed him to pursue them in greater depth with us.

On the other hand, maybe she recognized some of the classic symptoms of autism and wanted to make certain we were not in denial about Alex’s developmental delays. When she brought up these non-hearing related concerns, I assured her that we had scheduled a full battery of testing through the school system as we suspected he had autism. Her demeanor had no sense of sympathy or compassion; she acted as though we had wasted her time. This experience, though frustrating, taught me a lesson about how to talk with parents about their children. As a middle school teacher who often works with special education students who are mainstreamed into my class, I have learned how to write reports and make comments during IEP conferences that focus on the child’s strengths and suggest ways to improve any areas of weakness. I think all parents deserve that kind of compassion when it comes to discussing their children, and I wish that audiologist had considered the impact of her words when she described Alex only in negative terms. As a parent and a teacher, I would offer the following suggestions for professionals when describing children, especially special needs children.

In the words of the old adage, “If you don’t have anything nice to say, don’t say anything at all.” Surely, all children have some positive qualities that should be accentuated first, such as being pleasant, polite, or hard working. Professionals need to start their assessments on a positive note, finding kind words that they can say about the child.

To quote poet Emily Dickenson, “Tell all the Truth but tell it slant…” While certain truths may need to be revealed, choosing words carefully, even in the form of euphemisms, will make parents more receptive to hearing about any issues. For example, a child who is hyperactive could more positively be described as “energetic.” In talking about a child with attention deficit disorder, the professional could mention that the child needs to be engaged and interested to gain focus instead of accusing the child of simply not paying attention. Kind words prove more effective than harsh ones when talking about children.

Finally, a former principal in a faculty meeting once told my colleagues and me to treat our students the way we would want our own children to be treated. In this teachers’ Golden Rule, he reminded us that our students are someone’s beloved children, and our words have the power to encourage them to achieve.
If professionals remember that carefully chosen words—both positive and negative—have meaning and impact, perhaps they will consider focusing upon strengths and kindness to bring out the best in both parents and the children they love so dearly.

“Worry weighs a person down; an encouraging word cheers a person up.” Proverbs 12:25
Posted by Pam Byrne at Wednesday, April 27, 2011

Email ThisBlogThis!Share to TwitterShare to FacebookShare to Pinterest
Labels: evaluation