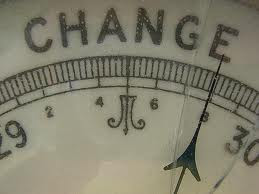 Recently, Alex hasn’t been himself, or as his music therapist aptly described him, “He’s a little off.” For Alex, that means instead of being energetic and good natured, he’s lethargic and irritable. Since teenagers can be lazy and sullen, we didn’t worry about it too much at first. In fact, we always hope that any change might be a sign of progress. However, after watching him sit hunched with his head down, not doing anything but moping, we decided this was not a good thing, nor a passing phase. The activities that previously brought him joy—watching tv, surfing the internet, and playing video games—hold no appeal for him currently. When we try to engage him activities or conversation, he resists our attempts to interact with him, closing his eyes and talking softly in one-word responses to questions: “yes” or “no.” Because he cannot verbalize his feelings well, we don’t know whether he’s depressed, but his flat affect is concerning. Although he insists that he feels fine, we suspect something is amiss physically as he’s sleeping longer than usual, and he’s having skin issues in the form of breakouts and dandruff.

Since his doctor who specialized in nutrition and wellness retired at the end of last year, I’ve been searching for one who has a similar philosophy to her and is receptive to the biomedical treatments we’ve been doing with him for several years. Although we found a family doctor who is kind and in whom we have confidence, he is more traditional in his approach. After some searching on the internet, I found a local chiropractic internist who emphasizes a holistic approach, much like his previous doctor, and made an appointment with him last week. Encouraged by the overwhelmingly positive recommendation a close friend had given me regarding this doctor, I was hopeful that he could help Alex. During our first appointment, I was impressed by how caring and concerned he was about Alex as well as how he interacted with Alex in a compassionate manner. When Alex wouldn’t look at him, he would tilt his head to be in Alex’s range of vision. After asking us several questions about Alex’s symptoms, he showed sympathy for our worries and told us that his best guess was that Alex is in allergic shutdown mode and that his detached behavior is an attempt to cope with the overwhelming stimuli around him. His diagnosis made perfect sense to me, and I was touched by his genuine kindness to us and Alex when he tapped Alex gently on the knee to get his attention and told him, “Alex, I’m going to do my best to figure out what’s making you not feel good so that you can feel better and enjoy your summer.”

The first suggestion that he made was to take Alex off all his supplements (multivitamin, calcium-magnesium, GABA, evening primrose oil, and probiotics) as well as his over-the-counter allergy medication. When I told him that Alex needed melatonin to sleep at night, he recommended a brand that he felt was purer than the current brand Alex was taking. He explained that since supplements aren’t regulated as closely as prescription medications, their formulas and inactive ingredients may vary, any of which could be causing reactions in Alex. We agreed to a “vitamin vacation,” but he did recommend that we keep him on his prescriptions of generic Prozac and methyl vitamin B-12 injections. In addition, he felt that that over-the-counter lithium drops we use were safe to continue since they came from a highly reputable company. In addition, he scheduled a series of blood tests to check Alex’s overall health and a battery of allergy tests. After a meltdown earlier in the day, Alex was very cooperative for the blood draw, and we are eagerly awaiting the test results when we see the doctor again this week. In the meantime, we have gradually weaned him off melatonin, which he has taken for more than twelve years, without any negative side effects. In fact, since imposing the vitamin vacation, Alex seems a little more energetic and less irritable than he was last week. Every improvement gives us encouragement, and we are hopeful that the chiropractic internist and test results can shed some light on what may be affecting Alex so that, indeed, Alex can feel better, and we can all enjoy our summer.

“Lord, your discipline is good, for it leads to life and health. You restore my health and allow me to live!” Isaiah 38:16
Posted by Pam Byrne at Wednesday, May 11, 2011