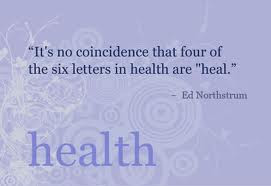 As I mentioned last week in my blog post “Modifications,” we had some blood tests run on Alex recently because he has not been his usual energetic and congenial self. Waiting for test results always proves nerve-wracking for me, wondering what the outcomes might reveal. In addition to allergy tests, the doctor ordered a thyroid profile, a complete blood count, and a comprehensive metabolic panel. Basically, if anything were really wrong with Alex’s health, something would show up in one of these tests. As the days passed until our appointment to get the lab reports, I tried to reassure myself that Alex was fine because his appetite had been excellent, even though he has acted lethargic and irritable. One evening, I even convinced him to let me take his temperature, thinking that he would run a fever if he were ill. Fortunately, his temperature was normal, which was a good indication of his overall health.

When we received the results on Friday, we were pleased to find that Alex is remarkably healthy. All of his blood counts are within normal range, which eliminated my fears of anemia or a more serious blood disorder. Thankfully, his metabolic tests showed that his major organs—heart, kidneys, and liver—are all functioning well, too. Glucose levels well within the normal range ruled out my concerns about hypoglycemia or diabetes. Another indicator of his healthy metabolism, the thyroid profile, showed that, unlike me, his thyroid and thyroid hormones all function properly. As I quickly scanned these test results, I breathed a sigh of relief that all of Alex’s numbers fell within range, and the “Out of Range” columns were completely empty. Besides these wellness tests, Alex’s allergy tests were also quite encouraging. The last time we ran food allergy tests on Alex when he was seven years old, his scores revealed that he was sensitive to a number of foods, including milk, wheat, glutens, eggs, green beans, bananas, and a few others. At that time, we put him on the strict gluten-free and casein-free diet, which he has remained on for a dozen years. Before we ran this test again, the doctor advised us that the results would probably not show sensitivity to milk and glutens because Alex has kept them out of his diet for many years. Nonetheless, I thought he might show more food allergies, but this time he only showed strong reaction to lobster, which he rarely eats, and chestnuts, which I doubt he has ever eaten. Also, he showed moderate reaction to barley, which he doesn’t eat because it has glutens, and olives, which he does eat in the form of black olives and olive oil. The good news is that avoiding these foods will be no hardship for him. Besides these foods, he showed reaction to the artificial sweetener Xylitol, the food additive potassium bromate, the pesticides heptachlor and pentachlorophenol, and the plastic additive dibutyl phthalate. Since he doesn’t consume Xylitol or potassium bromate (which is added to baked goods that are not on his gluten-free diet), we don’t need to worry about exposure to these additives. The exposure to chemicals in the air is likely inevitable and difficult to avoid, plus his current behavior is unlikely related to these substances; therefore, we’re not concerned about these findings, either. Basically, all of the data from these tests revealed Alex to be quite healthy, which was comforting.

Even though we were pleased that the results were encouraging, I was a little disappointed that we didn’t have any answers as to why he has been more listless than usual. Somehow I had hoped that we could find a simple solution to the problem that has vexed us the past few weeks. The most telling piece of information we have gained through this process—other than the reassurance that Alex is not physically ill, of course—is that he apparently no longer needs to take melatonin. During the vitamin vacation we have given him the past two weeks to see how he reacted without his various supplements, we discovered that he no longer needs melatonin to sleep, as he previously did. Perhaps he has had too much melatonin in his system, which would explain why he has been less energetic than usual. We plan to keep him off melatonin and hope that his energy level returns to normal. In the meantime, we watch for small signs of improvement and have been pleased to see him sitting upright more during the day instead of crashed on the couch. In fact, Ed commented that yesterday Alex had been the most alert and happiest he'd seen him in weeks, which was a nice change. As we wait for this phase to pass, we are thankful that our prayers for Alex to be healthy have been answered and try to maintain patience, anticipating improvements that restore him to his happy, enthusiastic self.

“Confess your sins to each other and pray for each other so that you may be healed. The earnest prayer of a righteous person has great power and produces wonderful results.” James 5:16
Posted by Pam Byrne at Sunday, May 15, 2011

I'm glad the tests all came out fine. It's a funny feeling to almost hope something is wonky because at least then there is a possible explanation to the problem. Hopefully there will be sunshine soon, and Alex will be back on track. I know all of this rain is making me grumpy!