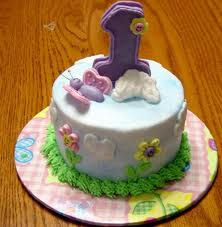 Tomorrow will mark the one year anniversary of the first appearance online of my blog, One Autism Mom's Notes. I must have been having fun the past 364 days because time seems to have flown since then. As I look back over the various 115 posts I've written this past year, I'm surprised that I had that much to say. I'm even more surprised, however, and definitely pleased that people seem to like what I've written, and I always appreciate their kind comments on the blog, on my Facebook wall, in e-mails, and in person. The encouragement of those reading the blog, whether they be family, friends, colleagues, fellow autism moms, or people around the world I've never met who have stumbled across my writing when Googling autism, have motivated me to keep sharing our story in hopes of helping families dealing with autism as well as those who want to know more about what life with autism entails.

Last year at this time, Alex wanted to remember his childhood. Now, he's trying to forget the obsessions of his youth, telling us he no longer wants to play Bosconian or Monopoly Junior, games he used to play for hours on end but abandoned a few years ago because he thought they took too much time. He'll also tell us that he doesn't want to use his graphing calculator or typewriter, both of which used to be prized possessions of his before he got a laptop computer last summer, which replaced both items in appeal and usefulness. Even pi digits, which he researched intensely and memorized successfully a few years ago, have fallen out of favor for Alex. This past year, he seems to be gaining a greater awareness of himself and the world around him, focusing less on numbers and patterns that used to give him comfort by giving his world order and predictability. While this move away from obsessions marks progress, at times he seems overwhelmed by stimuli around him, and he needs time to process everything, becoming quiet and introspective. Nonetheless, Ed and I continue to try and get a glimpse of his mind, asking him questions, engaging him in conversation as he'll allow us, and regularly checking his Internet search history to see what he's currently investigating. As Alex makes sense of the world, and as we figure out what he's thinking, I know there will be more stories to tell, and I look forward to sharing them and recording them for him to reflect upon someday. In that spirit of reflection, I share my first blog post from last year, "Remembering" once again.


For years, my family and friends have been telling me that I should write a book. I knew what I would write, yet I resisted their encouragement because raising my son, who was diagnosed with autism in 1996, has consumed so much of my time and thoughts that I wasn't willing to take on another project. Of course, the book I would write would be about raising a child with autism and all we have learned on this journey, in hopes that it might help other parents. My son Alex is now eighteen years old, and I'm still not ready to write that book yet. I keep waiting to discover how things will turn out for my main character.

Lately, Alex has been obsessed with the idea of what his earliest memories are. He has watched videotapes of his childhood, has poured over the hundreds of photos we took of him as a child, and has asked us repeatedly on a daily basis about how far back he can remember. All the while, he carries around a picture of himself at age four. He tells us that he remembers in April 1996, when he was four years old, he got a clock at Kmart. For most children, this would be insignificant, but for Alex, who uses numbers and measuring devices to make sense of the world in terms of time, dates, temperatures, stock market statistics, and even the hundreds of irrational pi digits he has memorized, this seems a fitting first memory.

During this recent search for Alex's younger self, he has enjoyed hearing stories about when he was very young because they help him reconstruct a time he cannot remember. Now I realize how important it is to write his history, if for no one but Alex, so that he can see how far he has come. For those who wanted me to write a book, this blog is as close as I can get to that right now. I'm busy remembering for Alex, so that he can piece together his life experiences so far.

I'm so happy that you have shared Alex and your family's journey with us. I'm sure that everyone who reads your blog is touched by it on some way, shape, or form. Congratulations on one year and best wishes for the next year of writing!!

Thanks, K.C., for your feedback and support this past year. Your encouragement means more than you know, especially coming from a fellow English teacher and mom blogger! :)
Love,
Pam