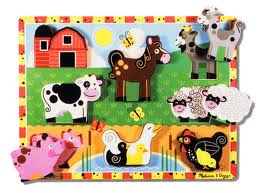 While most children love animals, Alex has never had a particular interest in them. We bought him various animal books with pictures in them when he was younger, but he preferred dictionaries, almanacs, and medical books instead. Even when I tried teaching him about different animals, he acted bored, which is probably why he still confuses some animals, such as dog and cat, today. The most he learned about animals came from an interactive electronic learning toy, but what he mainly focused upon was whether they were herbivores, carnivores, or omnivores; that is, what they ate. Leave it to Alex to be concerned with animals’ food. If asked what his favorite animal was, he was likely to say, “Zebu,” an Asian ox, only because it began with the letter z, and no anagrams could be made of its letters. Other than that, he didn’t really care about zebus. My mom once suggested that Alex didn’t particularly like animals because they couldn’t do anything for him, which is probably true. If they couldn’t fix him a meal, help him find lost things, or drive him places, they held no appeal for him.

Because Alex hasn't been big on animals, we’ve never taken him to a zoo. The next closest experience he’s had has been going to our annual county fair. If asked what animals he likes there, he’ll tell us, “The hosses” [a.k.a. horses—for some reason he talks like Toby Keith sings in “Beer for My Horses,” which he also pronounces as “hosses”]. Maybe as Alex watches the 4-H members ride their horses in the show ring, he realizes that they could do something for him, which gives them value in his mind. Another animal exhibit he likes at the fair is the tent with farm animals that has quizzes and statistics about the animals, such as how much they weigh, how old the baby animals are, and how many stomachs a cow has. Of course, with Alex’s mathematical mind, all these numerical facts are right up his alley. He doesn’t really care about the animals themselves; he just wants to know their weight, age, and number of stomachs so that he can categorize them in his mind. Before salmonella outbreaks prohibited them, the petting zoo exhibit held Alex’s interest at the fair, too. He wasn’t really interested in getting up close and personal with the goats, sheep, or llamas, as most children do. No, his favorite animal was a giant tortoise that, according to the sign above his head, was over 150 years old. The tortoise was too slow and too old to be entertaining to watch, but Alex stood there amazed by the most elderly member of the traveling petting show. Since none of the other kids liked the boring tortoise, Alex could stand and watch it as long as he wanted.

Taking care of Alex has kept us busy enough that we’ve never had the desire to have pets. Plus, Alex wouldn’t pay any attention to them anyway. When we’ve asked him if he’d like to have a pet, he always says no, except he occasionally gets notions that he’d like to have a dog named Zeke (after seeing one on the “Stupid Pet Tricks” segment of The Late Show with David Letterman) or a cat, which is not happening since I’m allergic to cats. He finds our neighbor’s small dog amusing when it barks at him whenever he’s in the backyard, grinning but not really paying much attention to it. Whenever I have romantic notions of a boy and his dog, Ed realistically reminds me that Alex never watches where he steps, so the likelihood of stepping on a dog, or more likely, dog doo is a good possibility. Not thrilled with the prospect of cleaning dog doo out of Alex’s athletic shoe bottoms, I appreciate that Ed always makes me see the light on the having a pet issue. Once when Alex was a preschooler, my friend Charlie brought over his Sheltie dog, Elwood, who was very smart and had a nice disposition. At first, Alex just watched Elwood cautiously. A few minutes later, he ran upstairs to his room. Then he brought down an old stuffed animal, willing to share it with Elwood. As a little more time passed, Alex seemed to become more trusting of Elwood, and he ran back to his room again. This time, he brought back his favorite stuffed animal, Barney the dinosaur, and proudly laid it at Elwood’s feet so that he could play with Barney. I’ve always remembered that incident because it revealed how Alex cautiously interacts with others until he’s certain they’re okay in his book. Once he deems them trustworthy, he’s willing to share his most beloved possessions—even with an animal he’s just met.

“Where is the one who makes us smarter than the animals and wiser than the birds of the sky?” Job 35:11
Posted by Pam Byrne at Wednesday, June 08, 2011