Waiting for a Change 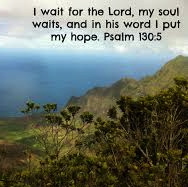 “At the time I have decided, my words will come true. You can trust what I say about the future. It may take a long time, but keep on waiting––it will happen!” Habakkuk 2:3

About a week and a half ago, we noticed Alex wasn’t acting like himself. Instead of being good-natured, he was irritable. Instead of being logical, he was irrational, jumping to ridiculous conclusions. In addition, his OCD, which is usually controlled well by medication, was heightened as he kept repeating the same questions and phrases. From years of experience, Ed and I recognized these telltale behaviors as a likely sign that Alex once again had yeast overgrowth in his digestive system, which affects his behavior negatively.

Fortunately, his doctor understands the impact yeast has on Alex’s behavior and trusts our diagnostic skills in this area. After I sent his doctor a brief email describing our suspicions and requesting a refill of antifungal medication, he responded quickly and assured me that he had sent a prescription to the pharmacy. When I went to pick up the antifungal, I was pleased and surprised to discover that his doctor had authorized enough refills to last a year. Clearly, he recognizes the negative effect yeast overgrowth has on Alex, and he trusts our judgment in giving medication as needed to help Alex heal.

As we have found from experience, the antifungal medication makes a difference quickly. Within an hour, we see Alex become more docile and less edgy. Within two hours, he’s content and calm, and the OCD behaviors seem to disappear. Because he responds so favorably to the antifungal, our suspicions regarding what made him irritable are confirmed. Since we have dealt with these infections repeatedly for years, we know what to expect and are always grateful that the medicine works fairly rapidly to make Alex feel better. Waiting is easier because we don’t have to wait long to see changes, and we are confident he will get better.

A few days ago, Ed came home from work grimacing and holding his left hand on his lower back. Some Google searching had allowed him to diagnose himself with his first kidney stone. Despite my suggestion to go to the emergency room that evening, he decided to try to treat the ailment himself by drinking water and taking over-the-counter pain relief medicine. The next morning, when the pain was getting worse instead of better, I made an appointment for him to see his doctor, who confirmed that he did, indeed, have a kidney stone. Even though his doctor prescribed various medications to help the nausea and pain as well as to help the stone pass, Ed was suffering from what he described as the worst pain he’d ever experienced in his life.

At that point, we knew he needed to go to the emergency room, but with Alex, plans always need to be made carefully so that he doesn’t get upset and overreact. A quick phone call to my parents, who thankfully live only ten minutes away, solved the problem. My dad, who has dealt with kidney stones over the years and could empathize with Ed’s pain, would take him to the ER while my mom and I stayed home with Alex to keep him calm. As we waited, we prayed that Ed wouldn’t have to wait long for his pain to ease.

About an hour later, my dad called to tell me that everything was going well and that all of the medical staff had been kind and helpful. In fact, the doctor taking care of Ed had suffered from kidney stones, too, so he could relate to how painful they are. When the nurse gave Ed intravenous pain medicine, she assured him that he would feel much better within twenty minutes. While that intensely painful waiting time must have seemed much longer, the nurse’s prediction was accurate: Ed’s pain level dropped from the highest rating of 10 down to 1 in twenty minutes. Moreover, as the doctor had predicted, Ed was relieved to be able to pass the stone last night fairly painlessly without any further medical intervention. Just as with Alex, the right medical treatment makes all the difference in the world, and experiencing positive changes makes waiting for complete healing bearable.

While I hate that Alex and Ed had to suffer needlessly, both of these experiences show how things can change suddenly for the better. So much of life is spent waiting and wondering when things will change. Many times I have sat in waiting rooms, wondering how much longer before my turn would arrive or even if they had forgotten about me. The longer I waited, the more I became frustrated and began questioning if I should just give up and leave. Nonetheless, the waiting eventually ended, and my turn always arrived, despite my lack of patience.

Similarly, the longer we deal with Alex’s issues related to autism, I can become discouraged waiting and wondering if things will ever change. However, experience has taught us through the years that things do get better in time. We wondered if he would ever sleep through the night, and in time he did. We began to lose hope that he would ever learn to use the toilet independently, but after years he finally did. We questioned if he would ever be able to carry on a conversation with us, and now some of our sweetest moments are spent chatting with our fascinating and entertaining son. Somehow the longer time passes, we think these changes for the better are less likely to happen, but we continue to wait for the appointed time God has designated for these milestones.

Thankfully, I was raised by loving parents whom I can always trust for help, support, and comfort, so I know that I can also trust my heavenly Father to take care of my family. When my parents told me the other evening that they were on their way to help us, I had no doubt that everything would be all right. Knowing that help is coming makes the waiting easier to take. Similarly, I can trust that God’s help is on the way, so I don’t need to despair. If we didn’t have to wait in life, there would be no real need for faith. Moreover, the longer I live, the more of God’s goodness I see, fulfilling His plans, while making the waiting less wearisome and more worthwhile, as I know that healing will eventually come in His perfect timing.