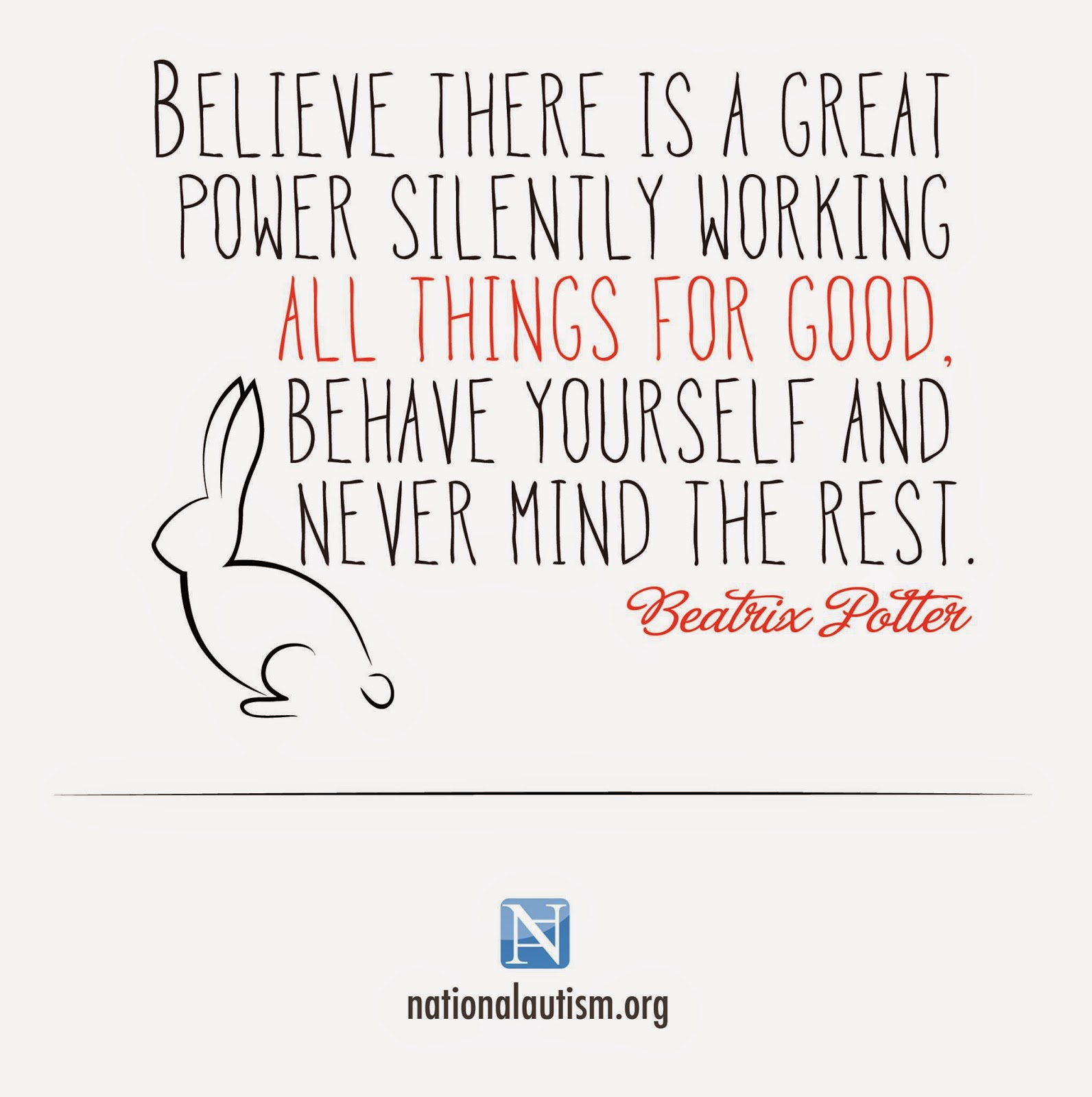 “Sometimes good intentions just aren’t enough.” This quote from one of my favorite college professors has echoed in my mind this week in light of the furor over Chili’s restaurants bowing to public pressure. Last month, the family restaurant chain announced that as part of their Give Back Events program, they would be donating a percentage of their sales on Monday, April 7, 2014, to the National Autism Association. I’m sure they believed this was a good way to show support for Autism Awareness Month by supporting a major autism organization in April. However, they had no idea how much their good intentions would stir a public furor that was unnecessary, unfounded, and just plain nasty.

When Chili’s announced their philanthropic plans on Facebook, they unintentionally ignited a war of words as a heated debate arose on their Facebook page with people leaving comments regarding the causes of autism and threats to boycott Chili’s for their support of the National Autism Association. At the center of this controversy was the stance the NAA has taken upon the possible role vaccines may play in autism, as stated on their website: "The National Autism Association believes: Vaccinations can trigger or exacerbate autism in some, if not many, children, especially those who are genetically predisposed to immune, autoimmune or inflammatory conditions." This statement, which many parents of children with autism including myself believe is true for our children, arouses ire in those who fully believe that vaccinations are completely safe and have no connection whatsoever to autism.

While I certainly respect others’ rights to their opinions, especially if they have not witnessed autism first hand as I have, I don’t appreciate the name-calling tactics many of them use to support vaccine safety. The comments left on Chili’s Facebook page demonstrate bullying tactics, calling the so-called “anti-vaxxers” as “dangerous,” “irresponsible,” and even “nutty.” Those who choose to support their arguments by hurling insults lessen their credibility, especially when their comments include misinformation, lack of expertise, and grammatical errors.

After thousands of comments posted on their Facebook wall arguing about autism and vaccines, Chili’s made a decision: they caved under pressure. In announcing their decision to cancel their support of the National Autism Association fundraiser, they issued the following statement on their Facebook page: “Chili's is committed to giving back to the communities in which our guests live and work through local and national Give Back Events. While we remain committed to supporting the children and families affected by autism, we are canceling Monday's Give Back Event based on the feedback we heard from our guests. We believe autism awareness continues to be an important cause to our guests and team members, and we will find another way to support this worthy effort in the future with again our sole intention being to help families affected by autism. At Chili's, we want to make every guest feel special and we thank all of our loyal guests for your thoughtful questions and comments.”

Perhaps even more disappointing than the comments people left on Chili’s Facebook page and Chili’s decision to revoke their support was the gleeful reporting of this event in the mainstream media with headlines that lacked objectivity. For example, CBS Philadelphia proclaimed, “Chili’s Cancels Fundraiser With Group That Believes Autism Is Caused By Vaccinations,” followed by quotes presenting only the pro-vaccine side of the debate. Time magazine online was even less subtle with their position: “Chili’s Burns Anti-Vaxxers — and Probably Saves Some Kids’ Lives.” Similarly, Slate magazine published an online opinion piece by Phil Plait, an astronomer and father to typical healthy children, titled “Chili’s Reception: Restaurant Cancels Event With Anti-Vax Group,” in which he stated, “Last week, Chili’s made a mistake. The good news? They listened to reason and fixed it. The best news? It shows that reality can win out over nonsense if people speak up.” I’m not certain what has made Mr. Plait an expert on vaccines or autism, but I think that he, an astronomer, needs to remember that at one time in history people believed that everything in our solar system revolved around the earth and not the sun. Sometimes what is perceived as “reality” can in time be shown to be “nonsense.”

Until a clear cause of autism can be effectively proven, we need to investigate all possibilities and not discount any potential reasons, even if naysayers deem them nonsense. I often think of the scientists who discovered in the 1980’s that gastric ulcers were caused by bacteria found in the stomach. While their research proved true and made curing ulcers possible, these scientists were ridiculed and scorned for their theories that ultimately proved to be true. Perhaps a cure for autism will arrive in a similar fashion. If people want to think that my beliefs are crazy and dangerous, I can live with that, but I can’t live with not trying to discover why autism rates are rising rapidly. To accept this epidemic and not look for potential causes strikes me as truly crazy and dangerous.

When Chili’s bowed to public pressure and revoked their support of the National Autism Association, the NAA issued a gracious statement with no malice toward Chili’s or the critics whose verbal attacks cost the organization donations. NAA had planned to use these donations toward prevention and awareness of wandering, a common and dangerous issue in the autism community, since nearly half of children with autism wander away from places of safety, often with tragic endings. With regard to the Chili’s change in decision, NAA stated, “Thank you to all of our supporters, and thank you to Chili's for taking a chance on us. Though NAA has changed our mission and efforts in recent years to focus on autism safety, namely wandering prevention, controversial views about vaccines remained on our website. Because of guest feedback about these views, Chili's has opted to cancel tomorrow's event. We respect their decision and ask everyone to please speak words of love and kindness. NAA has evolved as our children's needs have evolved. Our Big Red Safety Box Program very much helps protect children and adults with autism from wandering-related emergencies. We will continue to provide boxes as funding becomes available.” Despite the hostility directed toward them, the NAA encouraged its supporters to speak words of love and kindness and made clear that vaccines were not the issue, the safety of children with autism is.

Honoring the request of an organization that does so much good for children with autism, I will say that I love my son with autism and appreciate those who show kindness to him. However, those who choose to attack autism parents need to know that we have literally and figuratively cleaned up enough messes, spoken for our kids who cannot speak, and fought the good fight. We won’t be silenced, and we won’t back down.

“God blesses those who are persecuted for doing right, for the Kingdom of Heaven is theirs. God blesses you when people mock you and persecute you and lie about you and say all sorts of evil things against you because you are My followers. Be happy about it! Be very glad! For a great reward awaits you in heaven. And remember, the ancient prophets were persecuted in the same way.” Matthew 5:10-12
Posted by Pam Byrne at Sunday, April 13, 2014