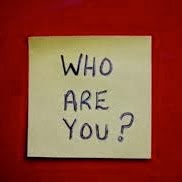 "Is that Santa Claus?” Alex suddenly asked me the other evening. In response, I looked around to see what had brought on that question out of the blue, thinking he had seen a picture of Santa on television, in a book, or in an ad. Unable to spot the famous “jolly old soul” associated with Christmas, I looked at Alex and asked him where he’d seen Santa. He pointed to himself, or more specifically, he pointed earnestly to the bright red shirt he was wearing at the time. Knowing that he has trouble identifying and discriminating between people, even himself, I explained to him that not everyone who wears a red shirt is Santa, which satisfied his curiosity.

Similarly, Alex will see little boys on television, out in public, or in magazine pictures and ask us, “Is that Alex when he was little?” Aside from the difficulty Alex has always had with pronouns, particularly I, me, and you, which leads him to refer to himself in third person as “Alex” to avoid the confusion of I versus you, he seems to have trouble with his own identity. I’m not certain that Alex has a clear sense of self, even though we have shown him pictures and videos depicting the real Alex when he was little.

Perhaps part of Alex’s confusion is that he has trouble recognizing people’s faces. When we are out places, he is constantly searching crowds for familiar faces, but he often misidentifies them. If he sees an older man wearing a plaid shirt, he’ll ask, “Is that Grandpa?” Even though the man may look nothing like my dad, Alex has two primary factors that identify Grandpa: age and clothing style. Similarly, he’ll see an older woman with curly hair and thinking it’s my mom, ask, “Is that Nanny?” Again, he has selected two features that he associates with his grandmother and tries to make a connection when he sees women he thinks resemble her. Even when Ed would run into a store or restaurant to pick up something, as we waited in the car, Alex would look around for men with gray hair and moustaches like his dad and ask me, “Is that Daddy?”

Understandably, a quick glimpse of a person may confuse him into thinking he knows them, but Alex also has trouble when he sees people for longer amounts of time or when he looks at photographs of people he knows. For many years, he could not tell the difference between my sister’s two daughters in person or in pictures. Certainly, they look similar, but clear differences between them that we pointed out to him didn’t seem to register. He would invariably ask as he pointed to one of his cousins, “Is that Hannah or Marybeth?” Although I thought his confusion might be that he didn’t see them on a daily basis, he had the same trouble distinguishing me, whom he saw every day, from my sister. Like his cousins, my sister and I share family resemblance, but the contrasts in our hairstyles and eye color should have been enough for him to tell us apart. Nonetheless, Alex still couldn’t tell the difference when he would see pictures of us because he would point and ask, “Is that Mommy or Aunt Tammy?”

Interestingly, a friend of mine who also has a child on the autism spectrum commented this week that his child doesn’t recognize classmates and can’t identify them by name, even if they are quite familiar. I remember another autism mom telling about her son describing a guest speaker at his school by saying that she had “a pink face and black shoes.” This difficulty in remembering and recognizing facial features makes me wonder what the cause is. Does the lack of eye contact, often common in autism, make viewing faces difficult? Perhaps sensory overload, also common in autism, makes concentrating on the person’s appearance overwhelming. Is navigating social situations so stressful that the person can only focus on himself/herself and not really pay attention to the other person? Or, do some people with autism suffer from prosopagnosia, or “face blindness,” as actor Brad Pitt claimed in a recent interview that he does, in which they simply cannot remember faces of people they have met? In contrast to his father, who cannot remember people’s names when he encounters them in social situations, Alex remembers names but not faces.

Another possible explanation for Alex’s struggle to identify people is that he remembers numerical values better than descriptive details. Specifically, he would easily remember someone’s birthday or height or address, but he couldn’t tell what color hair or eyes that person had. For that reason, he always wants to see people’s driver’s licenses because they provide all the information he wants to know about them. We have repeatedly told him that only police officers have the right to ask people for their driver’s licenses, but he still wants to ask to see them anyway, hoping to gain the insight he needs to remember people he meets so that he can quantify them in his mind.

While people’s statistics make an impression on Alex, their appearance really doesn’t matter that much to him. I’ve noticed that he generalizes people’s looks based upon how they interact with him; in other words, he finds people attractive if they are kind to him. Seeing past what they look like on the outside, Alex is more impressed with how they are on the inside, and he has an innate ability to see through to people’s hearts. While he may not remember exactly what they look like, Alex remembers what’s most important, and his ability to see the good in people is a gift God has given him. Maybe in that regard he really is like Santa Claus, constantly looking for people to put on his “Nice” list. Until people start wearing name tags or surrendering their driver’s licenses to Alex, I’ll just keep reminding him who people are, just as I’ve done for his dad for years. It’s a good thing at least one of us in the family has a good memory for names and faces.

“As a face is reflected in water, so the heart reflects the real person.” Proverbs 27:19
Posted by Pam Byrne at Sunday, November 10, 2013

Very interesting post, Pam! I love that Alex bases his opinions of others on their inner qualities. We could all learn a lot from him. :)

Thanks, K.C.! You'll appreciate this: Alex is very fond of our mutual friend Linda P. because she's always been sweet to him. When People magazine came out with its "Most Beautiful People" issue last year with Gwyneth Paltrow on the cover, Alex pointed to her picture and asked, "Is that Linda?" :) Hope you all are doing well.
Love,
Pam