A Cry for Help: The Tragic Case of Alex Spourdalakis 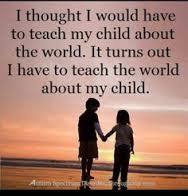 This week, CBS This Morning aired an excellent report on the tragic case of a fourteen-year-old boy with autism named Alex Spourdalakis. [To watch this report, click here.] While the general public probably was not familiar with how he and his mother suffered for several months, many parents of children with autism followed his story closely as it unfolded last spring, horrified by how he was treated in a medical facility that should have helped him. After incidents of aggression that his mother believed were triggered by intense pain, she took him to Loyola University Medical Center in Chicago, hoping to find relief for her son. Instead of investigating medical causes for his behavior, however, he was treated as a psychiatric patient and placed in four-point (arms and legs) restraints for twelve days. Despite his mother’s pleas to run diagnostic tests, the hospital threatened to have him removed from her custody. Fearing that she would lose her vulnerable child, Dorothy Spourdalakis chose not to fight the system and took her son home. Before he was dismissed, a gastroenterologist well known in the autism community who had been alerted to the family’s situation performed an endoscopy and discovered numerous gastric lesions, a likely source of intense pain that would explain Alex Spourdalakis’s aggressive behavior. Since he was basically nonverbal, probably the only way he could convey that he was in pain was to lash out physically. Unfortunately, the doctors at Loyola did not connect the behavior to the physical symptoms, nor were they apparently willing to treat his digestive issues. Physically and emotionally exhausted, his mother took him home to care for him herself, even though his size at 225 pounds made him a genuine threat to her safety.

Once he was released from the hospital, the story was no longer followed in the media, and no one knew what went on behind the closed doors of the Spourdalakis home. Having dealt with aggressive behavior with my own Alex, I feared for his single mother, wondered how she was coping, and prayed for healing and hope for their family. In June, Alex Spourdalakis once again appeared in the news; sadly, he had been murdered. Apparently overwhelmed by caring for him, his mother and caretaker attempted to give him an overdose of medication, and when that didn’t work, his mother stabbed him to death. As part of their plan, they also attempted suicide by drug overdose but were found before the drugs killed them, too, and they were charged with murder. While I certainly cannot condone what Dorothy Spourdalakis did, I can sympathize with her frustration with a medical community that could not relieve her son’s suffering and a society that offers little to no help for parents of children with autism. As I considered what fear and hopelessness must have led her to such a desperate act, I suspected that his mother was driven to her breaking point, and I felt sympathy for all she had endured. Moreover, I felt a greater sympathy for her child and all the physical pain he had suffered needlessly.

Whenever tragedy arises, we wonder what good can come from it. I hope and pray that this family’s sad story will cause greater awareness on several levels. First, the medical community must investigate physical causes for aggressive behaviors in autism and not assume they are psychological in nature. Since many with autism cannot communicate clearly, they are unable to express what pain they may be feeling, and many of them have inflammation of their digestive tracts that can be treated. While I believe that my Alex has been spared of most digestive issues because he has been on a strict gluten-free and dairy-free diet since he was seven years old, he has a lifelong tendency toward stubborn yeast infections in his digestive system. As I have explained in previous blog entries, we have been fighting thrush, a yeast infection of his mouth and throat, for over a year now with prescription and natural anti-fungals, probiotics, and vitamin supplements to address inflammation and boost his immune system. When the yeast flares, his behavior declines, and as the yeast subsides, he returns to his sweet, docile self. How many children with autism are suffering with some type of medical issue that could be treated but is being mistaken instead for a psychological issue or just bad behavior?

To make sure their children are receiving the proper medical care, parents of children with autism must be assertive, informed, and vigilant. While I am not naturally an assertive person, I have learned to advocate for Alex because he cannot speak for himself. Thankfully, Ed is more assertive than I am, and I know that he always supports me. To give myself greater confidence, I study research so that I can convey my concerns to medical professionals and make them understand what Alex needs. Moreover, we do not waste our time with those who do not understand autism and don’t seem willing to listen and learn, which has meant sorting through professionals until we have found excellent ones who can help us help Alex. While at times this has been a frustrating process, we have been even more thankful when we have finally found professionals who genuinely want to help Alex.

Finally, parents of children with autism need support from family, friends, and society. We have been blessed with people whose love, kindness, and prayers have lifted us through difficult times and shared our joys during good times. Unfortunately, not all autism parents have the supportive friends and family we do; however, the community of autism parents offers understanding and empathy, too. One of the few good things about the autism epidemic is that finding another parent who is going through a similar situation is easy. I was reminded of that this week when I spoke with a former student of mine who also has a son with autism. In addition to the smaller communities who can support parents of children with autism, the greater community must support them, as well. More programs need to be in place to help parents and children, as we know first hand from being on a waiting list for over a year to get Alex into an outstanding day program for adults with autism. Fortunately, his behavior has improved significantly, thanks to appropriate medical intervention and the grace of God, so that Ed and I can care for him ourselves 24/7. However, many parents need help, and they are not getting it. Clearly, the tragic case of Alex Spourdalakis highlights the need for better care for children with autism; while he no longer suffers, many still do, and we must not ignore their cries for help.

Thank you for blogging about this story, truly heartwrenching.
"Likewise the Spirit helps us in our weakness. For we do not know what to pray for as we ought, but the Spirit himself intercedes for us with groanings too deep for words." Romans 8:26